The Student Government Association (SGA) is an elected group of students representing the needs of Motlow's student body, led by a president elected by the entire student body. Each Motlow campus has its own elected SGA officials consisting of a vice president, sophomore and freshman senators, and other appointed officials. 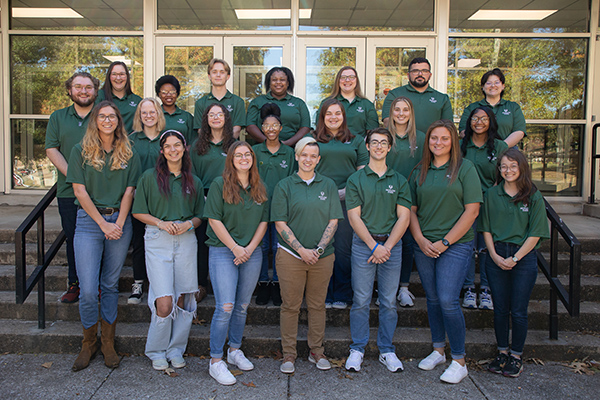 The SGA application is available in MyMotlow under Student Organization and Activities.

SGA represents the student body at events on Motlow's campuses, including the college's Leadership Council. SGA is involved in planning and executing events on every campus, from Weeks of Welcome to finals week celebrations. All Motlow students are encouraged to attend SGA meetings and voice their concerns or ideas.

SGA receives its funding from Student Activity Fees. These are fees that students pay along with their registration fees. You are welcome to have input into how your fees are allocated. The only way to do that is to get involved. Go to a meeting, volunteer for an event, vote for your favorite candidate, or take part in any SGA activity.

All potential applicants should read the SGA Constitution and be aware of the responsibility of elected positions. All elected SGA members are held accountable to the role, as presented in the Constitution.